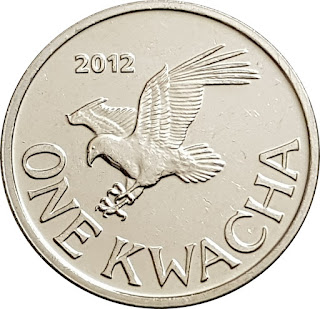 Challenged by the ever depreciating value of our currency based on several factors on the forex market and other economic factors, I thought I should consider using the value of the metal used in minting our basic coins as determinants of the cost of the Malawi Kwacha. In other goods and services, we get to have the cost of raw materials and cost of production as the determinants of the cost price of a product. I thought the cost of the metal used for the coins as a raw material can determine the cost price of the Malawi Kwacha.

According to the Reserve Bank of Malawi and Numista Coin Catalogue, the Malawian One Kwacha coin is made of 2.83 grams of stainless steel. Stainless steel is said to cost at least $3 per pound as of 2018 according to this article:

So the maths go as follows:

One Malawi Kwacha costs at least $0.0187 to four decimal places.

One US dollar should cost at most

It is said that the value of the currency is determined by the supply and demand but that can't be the only determinant. The Cost Price plays a big role in deciding the minimum selling price of goods and services to avoid making losses. As such, where the Malawi Kwacha coin is made of 2.83 grams of stainless steel, and the price of stainless steel is at most $3 per pound, the Malawi Kwacha can't be valued at less than $0.0187 and can't be exchanged at more than K53.4759 per dollar.

The cost price of the coin does not just include the value of stainless steel which is the raw material, but there is a cost of minting the coin involved. which means that the value of one kwacha can be more than $0.0187 and the dollar lesser than K53.4795. These lower bound and upper bound values should determine whether an exchange is possible or not. Otherwise, why should we sell so cheap? We don't have to sell if we are selling at a loss. 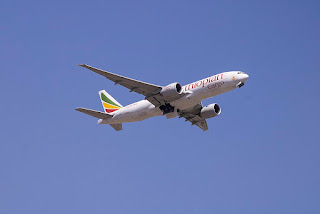 I think the issue of forex shortage should not be a problem between Malawi and Ethiopian Airlines because according to tradingeconomics.com, Ethiopia seems to import more from Malawi than Malawi imports from Ethiopia. In 2020, Malawi imported goods and services worth $7.86 million from Ethiopia and Ethiopia imported goods and services worth $17.03 million from Malawi. Ethiopia can decide to clear out the value of the Malawi imports against their imports and remit the difference which is a surplus of the balance of payment to Malawi. Surely, if Ethiopian Airlines is one of the services Malawi imports from Ethiopia, Malawi technically has the ability to settle this payment. If trading in dollars, pounds or euros is the problem, I should believe that if Ethiopia is able to remit its trade surplus in Ethiopian Currency(ETB), we would be able to settle the current amount and future purchases of Ethiopian Airlines tickets using the Ethiopian currency.

Google defines democracy as a system of government by the whole population or all the eligible members of a state, typically through elected representatives.

When we look at national democracy, we are looking at the population of that nation making decisions through its elected representatives as such the American democracy is a democracy that has been shaped into being by the people of America for the years that it has been in existence.

At the level of international democracy, we are looking at the world population as a whole, but also looking at individual national democracies in their various regions shaped by the people of different cultures values and ideologies.

There seem to be very few principles of democracy that can be encouraged at the international level of democracy without conflicting with the cultural values of different nations.

At the onset of the Russia-Ukraine conflict, I had to find out more about both sides of the conflict and discovered among other things that Russia is a democracy and the Western countries, the USA, the UK and the EU do not acknowledge that but still consider it as a dictatorship. The Russian Constitution in  Article 1 says

"The Russian Federation - Russia is a democratic federative law-governed state with a republican form of government."

The USA has been to Afghanistan to try and establish democracy by force and yet the Taliban got back into government also by force meaning that they have not valued whatever the USA government was establishing. I could only think that perhaps the USA was advancing its own cultural values to a people that holds a completely different view of things according to their own culture.

From these observations, I am thinking that we should consider separating principles of international democracy from the American view of democracy. Democracy is considered to be a type of government that recognizes the differences in views of its people and encourages co-existence and tolerance among the people of differing views. While this might exist within the USA, the USA fails to tolerate differing views of other democracies in the world. It fails to co-exist with other people in the world whose views are different from its own.

The world has cultures and views different according to each region and when considering international democracy, we may need to consider also tolerance of these different cultures other than imposing views of the dominant democracies for that in itself is being undemocratic.

A Public Letter to The President

I have observed that your government has a great concern about the trade deficit due to the imports being more than exports.

The concern exists to either push for depreciation of the Kwacha or floatation of the currency which is quoted in many textbooks as a solution to the trade deficits but they result in our goods and services being greatly undervalued. Selling things at a cheaper price does not always result in increased value gain. I will give an example of the current value of my services in Malawi as a PHP Developer compared to that of a PHP Developer in the USA. We virtually go through the same training yet my services are currently valued at an average of US$8,400/year while in the USA, a person receives US$84,000/year.  I find this unfair. If you are opting for depreciation how much cheaper would you want my services to go? $8,400/year does not meet my expenses to finish the month. I have to get an extra from borrowing or from a relative. Furthermore, cheaper does end up looking incompetent. Please stop depreciating the Kwacha. Start appreciating the Kwacha so that our goods and services may trade at a fair international price.

I cannot always complain without suggesting a solution. I observed that Europeans decided to implement a trade policy that is always resulting in a trade surplus. I feel we could do the same as I have outlined in the following short article:

I hope that this will be helpful to Malawi.

Improving Our Balance Of Trade

Learning from the historical context of Balance of Trade in Europe:

Many countries in early modern Europe adopted a policy of mercantilism, which theorized that a trade surplus was beneficial to a country. Mercantilist ideas also influenced how European nations regulated trade policies with their colonies, promoting the idea that natural resources and cash crops should be exported to Europe, with processed goods being exported back to the colonies in return.
An early statement concerning the balance of trade appeared in Discourse of the Common Wealth of this Realm of England, 1549: "We must always take heed that we buy no more from strangers than we sell them, for so should we impoverish ourselves and enrich them." Similarly, a systematic and coherent explanation of the balance of trade was made public through Thomas Mun's 1630 "England's treasure by foreign trade, or, The balance of our foreign trade is the rule of our treasure".

I resolved that we can create similar trade policies to improve our Balance of Trade and adopt them as follows:
EXPORT POLICY:

NEVER EXPORT NATURAL RESOURCES AND CASH CROPS, WHICH ARE OUR RAW MATERIALS, TO FOREIGN NATIONS BUT EXPORT ONLY FINISHED PRODUCTS WHICH WE HAVE MANUFACTURED OURSELVES.

This is because finished products have a higher value than raw materials the direction of trade of these, determine the balance of trade whether it will be a deficit or surplus.